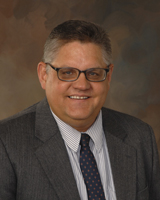 He gained some notoriety since he began writing about Lake and Sumter counties after moving here in 1991. His work has appeared in The Daily Commercial, The Lake Sentinel, Lake Magazine and Healthy Living Magazine. His Reminisce column, which looks at local the history of Lake and Sumter counties, has appeared in The Daily Commercial since 1998 and Reflections on the Religion Page since May 1997. He has also served as the City Curator of the Leesburg Historical Museum from 2003 to 2008 after an eight-year career with the Commercial. He wrote the Sesquicentennial History of Leesburg in 2007, a 240-plus page book of Leesburg’s history.

He is married to Nancy, Dec. 28, 1975. They live in Mount Dora have two adult children, Rebecca Reed and Emily Godwin, both graduates of Florida Christian College in Kissimmee and Mount Dora High School, and two grandchildren, Oliver Miles Godwin and Vera Jane Godwin.